We are back with our final chapter of the Dublin Gig Guide for 2016, brought to you by Sound Training Online! Over the month there has been so much going on around the city it’s been tough to decide what to pick. Plenty of music, comedy, theatre shows and musicals over the Christmas period for all the family and we are sure that there will be something on for everyone of all ages!

Kicking us off for the Christmas period we have the always fantastic Christy Moore playing in the inevitable Vicar Street and as always a great show is expected. Tuesday we’ve repeat offenders Little Green Cars playing an acoustic set, sure to be a great mellow gig at the Pavillion Theatre over-looking Dún Laoghaire harbour!

Wednesday evening we’ve got a couple of ol’ Dublin Christmas favourites in Damien Dempsey and Mik Pyro (Republic Of Loose). Damo always performs in the city around Christmas time and this year is no different. He will no doubt be showcasing his raw, emotional and heartfelt songs through the rafters of Vicar Street once again and on the other side of town Republic of Loose frontman Mik Pyro will be performing music from his new album at the Sugar Club.

Thursday, we have two Irish headliners, firstly Ham Sandwich play the familiar setting of The Academy on Middle Abbey St. The Hams play Dublin in the middle of an mini Irish winter tour so it is sure to be a fantastic Christmas show. For the house music lovers we have Patrick Topping playing all the laid back, smooth house sounds of Hot Creations at District 8, doors for that are at 10PM be sure to get in early as it’s sure to be packed out! Irish trad group Kila play a one off show in The Button Factory, and with their mix of funk, fun and trad they will be no doubt bring down the house!

Christmas eve-eve, techno legend Jeff Mills will be performing some four-to-the-floor straight up, no messin’ techno at District 8. Having recently performed with the RTE Philharmonic orchestra in the Bord Gais Theatre in October this show will be a whole lot different. Down the road in the Button Factory, The Sugarhill Gang are playing a special Christmas show and doors for this are a very strange 11.59PM, and it is scheduled to go on into the wee’ hours so make sure you don’t have many plans for the 24th!

Christmas eve and Christmas day there is obviously no gigs around Dublin, get to bed early... 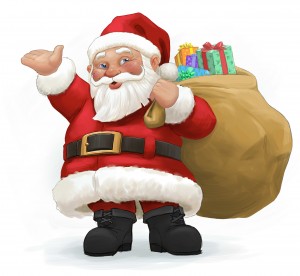 Back to some sort of reality, on St. Stephens Day we have a huge show on again in District 8 with previous graduate from us here at Sound Training College, Matador (Gavin Lynch) will be playing a special Stephens day show alongside one of Brazil’s finest techno exports, ANNA and former Underworld member, Darren Emerson, so head along to witness a great mix of the old school and the new school of electronic music!

Tuesday the 27th District 8 hosts another techno legend Ben Klock as he brings his style of deep, dark and minimal techno to Dublin for yet another show in the countries capital. Klock has played DUblin many times over the past few years and never disappoints! Over in Vicar Street we have another legendary gig but one of a completely different nature, Aslan are booked to play a number of nights for their traditional Christmas show, the band released “Made In Dublin” in 1999 which was a live album that consisted of 5 live shows from gigs in Vicar Street, and this year they are putting on 3 nights to celebrate this. All nights are unfortunately sold out! Wednesday night Whelan’s plays host to Paddy Casey for a post-Christmas, pre-new year gig. Thursday night we’ve got Irish singer songwriter and vlogger ‘Bry’ as he brings his fresh take on indie rock to the stage of The Academy for an early show, doors at 6.30 for this one!

Friday night is one for the classic rockers! As “Motorheadache” which are a Motorhead tribute act will take the stage at the Academy almost a year to the day of the passing of Lemmy Kilmister. A great night of Motorheads music and remembrance of Lemmy  is expected and no doubt will they will deliver.

Finally closing out the year we have Ejeca bringing us into the New Year with a live set of what we expect to be his favourite tracks of the year! In Stephens Green however, there will be as always the big New Years eve festival, with performances from Walking On Cars, The Blizzards, and more! Tickets for this are still available and will set you back a meaningless €27.90! Pick some up before they run out!

As always, our GIG OF THE WEEK was another very tough one but there could only be one winner, and it’s Damien Dempsey at Vicar Street! Damo always performs to his hearts content and you can tell that performing his songs really means a great deal to him and he gives 100% in each and every time he plays, a regualar show around Christmas time this is not one to miss! (Tickets still available at time of writing)

Note* We usually post our Gig Guide out on Sunday so next week being Christmas day we won’t have one so check back the following week! HAPPY CHRISTMAS AND HAPPY NEW YEAR!

Motorheadache (A Tribute To Lemmy) – The Academy – 7PM