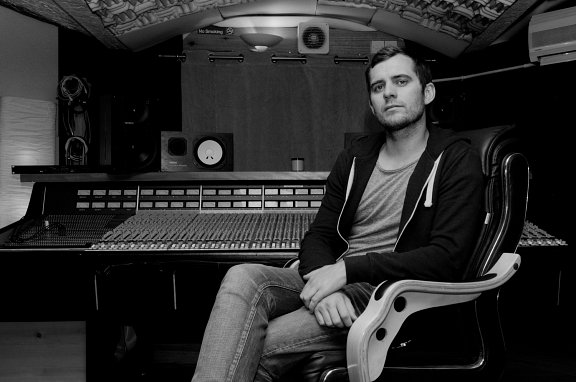 This post is the first in a series of interviews that will be conducted with alumni of Sound Training College over the coming months. The interviews are a great way to catch up with former students and see what they are doing now. There really is an interesting diversity of paths that have been followed, which we intend to showcase with this interview series. So if you're wondering about where Sound Training College can bring you, make sure you check out each edition of this series.

Michael Heffernan is a Sound Engineer / Producer from Dublin, who has been working in the industry for past 5 years. Having enrolled at the Sound Training College (STC) in 2008, he completed a two-year diploma in Music Technology, before going on to work as a studio assistant in Temple Lane Recording Studios. Michael chose to attend STC after being exposed to electronic music, particularly Techno, from an early age. He mentions producers such as Mauro Picotto as a source of inspiration, and decided to attend STC in order to pursue a career in music production.

After graduating, Michael began working in one of STC’s studios at Temple Lane, where he worked as an assistant engineer on projects for Morrissey, Ryan Tedder, and Swedish House Mafia. Through a strong work ethic and obvious talent in the studio, Michael was promoted to the position of head engineer at Temple Lane Studios. Since then he has gone on to work with some major Irish artists. An example of this would be his role in The Script’s latest album ‘No Sound Without Silence’, which he spent four months recording with the lads in Sun studios. He has also worked on various projects with Gavin Friday, including a recent project where Gavin collaborates with David Ball of British Synthpop legends, Soft Cell. Additionally, Michael has engineered on projects for many Irish acts, such as The Coronas, The Minutes, Republic of Loose, Keywest, Pugwash and more.

We recently caught up with Michael Heffernan to ask him some questions about his experiences of working in the music industry, and his time at STC.

Could you give us an example of your typical working day / workflow?

I generally like to start around 10am, setting up drums and other instruments. This usually takes up quite a lot of time, as I need to be happy that the environment is right, and that the artists and musicians are happy as this is key to their performance. Once everything’s been prepared, we take a break for an hour at around 2pm, from there we go back in and finish off the session. This whole process varies depending on the band, but it wouldn’t be uncommon to be working late into the night.

Who are the best clients that you have worked with, and why?

I’d have to say that The Script were great to work with. They are ultra professional in the studio and nice guys to be around.

I also really enjoy my time working with Gavin Friday, he was extremely professional and easy to work with, and I'd have to say he was one of the best clients I've worked with.

Howie B is another client that I’d have to mention, I’ve had some great times in his company and really enjoy working with him; he’s a great character. One particular highlight was being asked to do the mixing, after he was commissioned to write the music for a film called, Dollhouse, by Jim Sheridan’s daughter, Kirsten.

The music industry is perceived to be a very exciting industry. Would you agree with this?

It’s exciting to work with some amazing bands that are internationally recognised for what they do, but like any industry you have to work hard to be successful.

What did you enjoy most about your time at STC?

I had a great time at STC, I really enjoyed the vibe around the college and being in the company of likeminded individuals, people who shared my love of music. 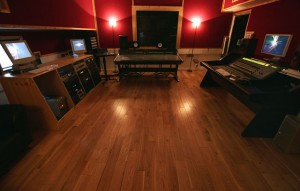 Would you recommend STC to people who are thinking of doing a course in Sound Engineering / Music Technology, and why?

I definitely would, and the reason being that it allowed us to gain lots of hands on experience. If I went to another college in Ireland, I wouldn’t have access to the facilities that I had STC. It was very hands on and I got to spend considerable time in the studios. This was due to the fact that there are three different studios to work in.

Was your connection with STC helpful after you graduated?

It was very helpful as I got to work as an assistant in one of their company studios. Aside from that, I got to meet a lot of industry people while I attended the college, and many contacts that I still keep in touch with today. 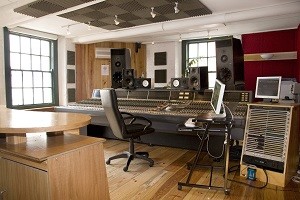 What advice would you give to someone who’s thinking of pursuing a career as a studio engineer?

Be keen and hungry to learn and don’t pigeonhole yourself; take every job that is offered. You’ll be offered many assistant roles when you start out, take them all as they will stand to you going forward.

Michael Heffernan is also a founder member of Cut Once, a hotly anticipated electronic music act that have just released their first track. Click Here for more info on Cut Once