Below is a list of current Lecturing Staff working in Sound Training College:

Brian Carty joined the Sound Training College in 2010. Before this, he lectured for 4 years in the Music Department at NUI Maynooth, where he completed his Irish Research Council funded PhD on Binaural Audio. Brian's background is primarily academic; he has presented his research work around the world and published in a number of books and journals. Brian has also served as an academic expert in a number of contexts, most recently as External Examiner for Trinity College. He also works professionally as a musician, producer and audio programmer.

David Christophers has been working as a freelance Engineer/Producer both in the studio and live sound world for over 20 years. His client list includes: The Whipping Boy, Mundy, Josh Ritter, Fight Like Apes, Mercury Rev and The Average White Band. At present he co-ordinates a development & consultancy service for professional music production. 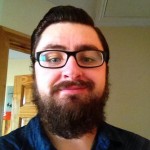 Thom McDonnell joined Sound Training College in 2015. Before this, he lectured for 8 years in Pulse College on their Sound Engineering Diploma and Degree courses, and 2 years in Griffith College Dublin on their Composition and Music Production for Games Certificate. Specialising in teaching Music Technology, Synthesis, Studio Engineering, Audio Production and Electronics. During this time Thom was also part of NDT productions, a busy Dublin based production company developing young Irish acts. 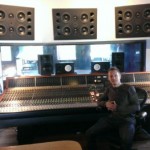 Liam Molloy currently runs our Festival Management & Sound Production courses as well as lecturing on Diploma and Degree courses. Liam has over 15 years experience in the festival and events industries working across diverse roles and events including  Electric Picnic, All Together Now, Body & Soul and RedBull. Prior to joining the STC team in 2013, Liam worked as studio manager in Grouse Lodge Residential Recording Studios. 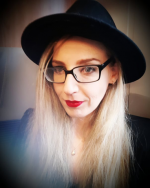 Having worked in the events industry within a diverse set of roles for the past ten years, as a senior events practitioner, Sarah applies both her practical experience and academic knowledge to her teaching offering students a fresh and unique perspective to the events and music industries. Coupled with and in compliment to her work in the field of events, her PhD in English and Media has allowed Sarah an insight into the world of academia in that she shares her time between analytical research and the more hands on work involved in event production. With her first book on horror and censorship forthcoming in 2020, Sarah is also a horror specialist and pop culture panellist on a day time current affairs TV show Virgin Media’s The Elaine Show, Creative Director of Horror Expo  Ireland which seeks to unite academia and pop culture and producer of The Rocky Horror Picture Show Ireland, now in its 15th year.

Fergal Davis has had a long career as a recording and mixing engineer, and has been mastering records since 2001. As a Mastering engineer Fergal's clients have included Muse, Sinead O'Connor, Hozier, Wyvern Lingo, Meltybrains?, Girl Band, Loah, The Young Folk and too many more to mention…

As a recording and Mixing Engineer, Fergal has worked on many albums including: The Divine Comedy- Bang Goes The Knighthood 2010, Pugwash- “The Olympus Sound” 2011 and Ben Folds – “Stems and Seeds” 2009.

Adrian has been lecturing in STC for 12 years and has vast experience in both the Studio and Live Sound/Production sector.

As Tour Manager and FOH Mix Engineer for Irish bands Delorentos, Original Rudeboys and more, he has toured around Ireland and many parts of the world, from small venues to arenas and the European festival circuit.

Adrian also works as a freelance engineer/producer and runs a recording Studio in Co. Meath called "Keelys Lane Studio" where he works producing music for bands, music for film, radio documentaries and podcasts.

Stephen is an STC graduate that has worked as a freelance live and studio engineer, backline/guitar tech & tour manager. In 2014 he helped set up a live studio video blog to help promote up and coming Irish acts, winning an Irish Blog Award for Best Video Blog. Through the blog, Stephen has worked with acts like Jape, All Tvvins, Ham Sandwich, Red Enemy, Leo Drezden & Bitch Falcon to name a few. As a producer & recording engineer he worked on the Irish Choice Prize nominated Adebisi Shank "This is the second album of a band called Adebisi Shank".

Shaun specialises in studio engineering and has recorded/mixed/mastered a number of up and coming Irish alt rock/punk/metal bands over the last few years through his production company 'Last Light Recordings'. He has also worked on projects involving Jape, Booka Brass Band, RSAG, Shane McGowan, The Gandhis, Toby Kaar and more.

Vasileios Gourgourinis is a Dublin based Music Producer and Sound Engineer. He is a lecturer and tutor at Sound Training College (Dublin). Vasileios is a member of the electronic music trio: Valleraphon - alongside DJ/Producers Martin Clancy and Giuliano A.L. Valleraphon have released multiple songs under labels such as Bonzai Progressive and Krafted Underground. Vasileios has also produced and engineered albums by Irish songwriter Jack Lukeman (27 Club, Great Wall of China & Magic Days). His work includes collaborations with artists such as Classroom Battles, Dammy Ari, Pugwash, Dashoda, Galia Arad, Gold Blooded Woman and Rowlette.

Martin Clancy is a Certified Ableton Live 10 Trainer. His specially designed Ableton Live modules combine the latest technological breakthroughs alongside his long-standing industry experience. As a solo artist Martin had series of Top 20 Hits in the U.S. Billboard Dance Charts while being artist In residence at New York's Seaport Music Festival 2009-2011. As a producer and artist Martin works in a wide-music of music genres and environments – Including folk/rock – (founder member of Irish group In Tua Nua (Virgin/Island records), melodic techno (Valleraphon with Vasileios Gourgourinis), singer-writer (producer of Jack L albums Wax, Burn On) to name only a few. For the past three years (2017-2020) Martin has been a Research Fellow at Trinity Colleges Long Room Hub and has completed his doctorate on Artificial Intelligence and Music. Martin’s Ableton approach centres on empowering human creativity through technology without the artist becoming overwhelmed by the options available. Key to this is the artist maintaining a sense of humour and creative independence.

Martin has delivered lectures on Ableton, music creativity and music industry practises (copyright) at UCD, IBEC, Hot Press Mix Course, IMMF, Science Gallery Dublin etc. He is the founder Chair of the IEEE EAD for the Art Committee and has been commissioned by Routledge to publish a new work based on his research "Artificial Intelligence & Creative Music Practise" (2021). Martin is also the manager of Jack Lukeman and works as a consultant to the international music industry.

Karima is an STC graduate with a Bachelors in Creative Music Production and is now pursuing a Masters by Research in music collaboration and communication in IADT. She has performed with numerous bands and currently gigs weekly whilst also managing the band’s live sound. She also composes music for film and theatre and has worked as a session musician in recording sessions as well as sound tech for theatre productions and sound engineer for live music events.

Fergal has concentrated solely on the lighting and visual side of the business working as a systems tech, rigger, operator and designer. He has created shows for touring acts in all of the major venues in Ireland as well as touring extensively with some of the bigger dance/techno acts as a moving light programmer. He has also begun working in television designing and building LED walls.

Kevin combines an academic background with extensive practical experience as a live sound engineer. Three degrees in the areas of electronics & software engineering (BEng Exeter, MSc Oxford, PhD DCU, Dublin) have allowed him to develop a deep knowledge and understanding of the technology behind the art of sound engineering. Meanwhile, as a active live sound engineer he has had the opportunity to work with over 100 acts, as diverse as Peggy Seeger, Donal Lunny, Delorentos, and The Dublin Gospel Choir.
Kevin designs and delivers modules on Electronics and Audio Technology at the Sound Training College.